Dr. Mohimani Among Those to Receive Sloan Research Fellowships 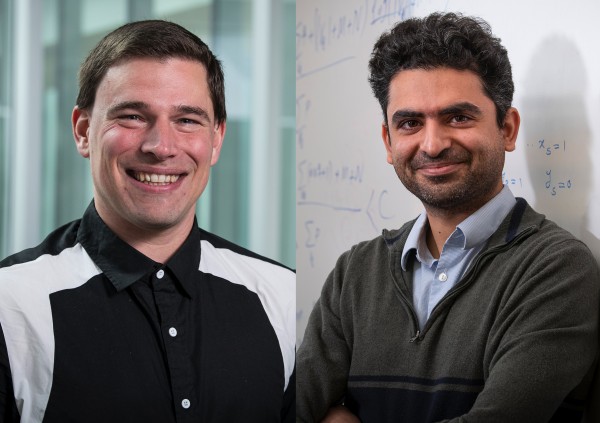 The new Sloan fellows also include Florian Frick, assistant professor of mathematical sciences. A full list of the 2019 fellows is available on the Sloan Foundation website.

“Sloan Research Fellows are the best young scientists working today,” said Adam F. Falk, president of the Alfred P. Sloan Foundation. “Sloan fellows stand out for their creativity, for their hard work, for the importance of the issues they tackle, and the energy and innovation with which they tackle them. To be a Sloan fellow is to be in the vanguard of 21st-century science.”

Mohimani earned his Ph.D. in electrical and computer engineering at the University of California, San Diego, where he was a project scientist before joining CMU.

Haeupler, who joined the faculty in 2014, explores how to achieve efficient, reliable communications and prevent communication bottlenecks as future computer networks become increasingly decentralized. His research combines and goes beyond the traditional boundaries of theoretical computer science, information theory, and the theory of distributed computing, and builds foundations for the technological revolutions of the future.

Haeupler earned his Ph.D. in computer science at MIT, where his dissertation won the George Sprowls Award for best computer science Ph.D. thesis and the 2014 ACM-EATCS Doctoral Dissertation Award for Distributed Computing. Last year, he received a National Science Foundation CAREER Award for early career scientists. He was a post-doctoral researcher at Microsoft Research Silicon Valley before joining CMU.